One Woman’s View of the Chelsea Flower Show 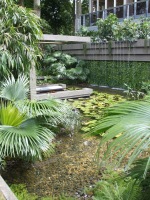 Elvis Costello may not have wanted to go to Chelsea, but I’ve been wanting to go to the Royal Horticultural Society’s Chelsea Flower Show for years.  And last week, I finally made it.  Here are ten things I learned whilst I was there.

And as Alan Titchmarsh might say, there may have been a spot of rain between the snatches of sunshine, but altogether, it had been a Grand Day.